The choir is the biggest male choir in Estonia and has been active in Tallinn University of Technology since 1945.

{Academic spirit} Our academic spirit is manifested in three aspects — its' membership in the University, traditions and ideals. ## Academic Male Choir of Tallinn University of Technology is closely related to the university. It means that all the men in our ranks are acquiring or already have an academic degree. This ensures our high spirituality. ## Our greatest treasure is our choral traditions. We honor our traditions and develop them actively. ## Our spirituality has always been based on the ideals related to Estonia's independence. It is important for us to participate in events for Estonian statehood. {Choir organization} We are a well organized team. Each singer has a responsibility and an obligation to provide the maximum contribution to the choir activity, the choir is managed by central leadership. High-organization is very important to us. This allows us to use our most restricted resource — time — efficiently and thus achieve the best results. {Orientation to audience} For us the audience's feedback is extremely important. The best recognition for our performances is the warm reception from the audience. Our goal is to perform to the full house, and give the audience a fantastic experience. {Quality} Our goal is to constantly improve our singing quality. We have a principle — in spite of the fact that we have no professional music training, we always give our best. It starts with our attitude towards the preparation — recruiting new singers, high participation in choir practises, devotion to learn the repertoire, and ends with the maximum personal contribution in performances. {Wit} For us, choir is not just about the singing. It is a particular form of self-expression, which goes with a good sense of humor and wit. ## We express our positive attitude and wit in all of our ventures — developing new singers, organizing concerts and other events, and keeping relations with other organizations. 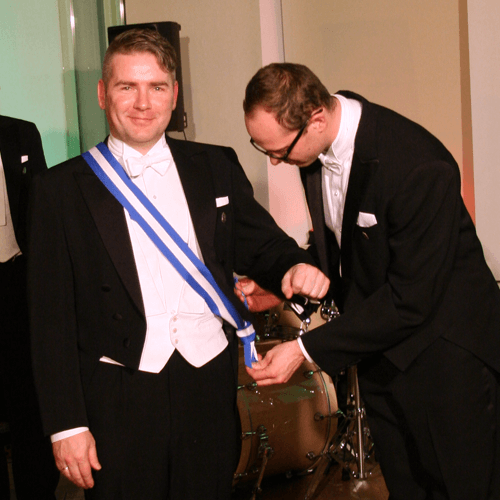 Traditions are the backbone of the Academic Male Choir of Tallinn University of Technology. Some of them are defined in the choir rules. For example, the so-called choir time, which states that all events will start no later than 15 minutes after the announced time (universities had a habit that the lectures' start was delayed by 15 minutes, traditionally called the academic quarter). Besides the choir time, the so-called stone time and lantern time (for example, when traveling) is used, in which case the academic quarter does not apply. {Symbols} Flag # The flag is the symbol of our choir and has been renewed after the name change of our Alma Mater. It is used on particularly festive moments such as season start, concerts and the song festival grand opening. The flag is also raised on the independence day in Toompea Castle courtyard. ## Motto # The motto of our choir is sung in the beginning of our concerts and festive events. It is composed by Arno Kallikorm and the author of lyrics is Karl Eduard Sööt. It was first sung in 1958 and it carries the essence of the choir credo. ## Laul, see olgu me tunnete kaja,# armus ja truuduses südamelöök,# tõe ja õiguse kuulutaja,# priiuse väravas kaitsev mõõk!# # Composed: Arno Kallikorm, 1958. Lyrics: Karl Eduard Feed the poem "The Singer", 12.04.1940 ## Badge # The symbol representing the unity and cohesion of active members, honorary members and alumni. After seven years of singing the singer acquires honored membership and a badge supplemented with silver leaves. Best of the best, acquire a badge with golden leaves — they are honorary members. ## Ribbon # Choir ribbon in the colors of our flag is acquired by a singer who has sung in the choir for fourteen years. After each following seven years he adds a stripe of one color to his ribbon. The ribbon is received on festive occasions and placed over the right shoulder with the blue stripe on top. ## Hat # One of the first symbols from an era when even the school hats were forbidden. Hat has a white woolen top, black velvet sides and is very similar to the student hat of the university. It is worn at choir parties and other meaningful events. Hat is acquired with the choir membership. ## Form # When the choir performs, it looks dashing. The men are dressed alike in tuxedos or dress coats. {Events} Following events are a part of our yearly activities: cemetary day, seasonal opening event, alumni gathering, choir anniversary, children's christmas tree, anniversary of the republic, beginning of spring, tree planting and annual choir conference. {Social life} To socialize with other choirs and artist groups we organize following events: christmas tree, ski camp, masquerade, TAM-TAM basketball contest, bicycle tour and voice group parties. 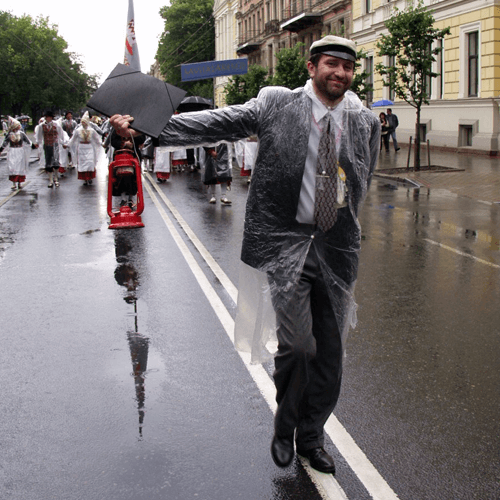 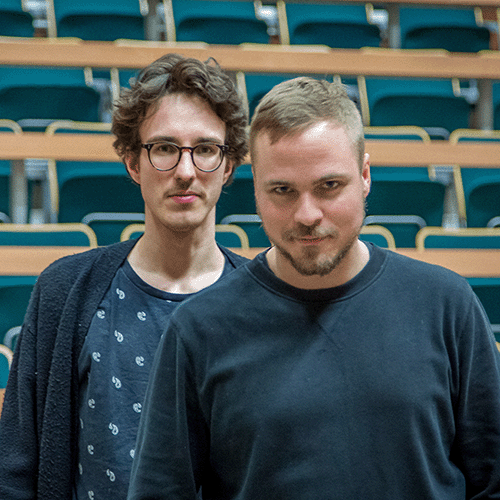 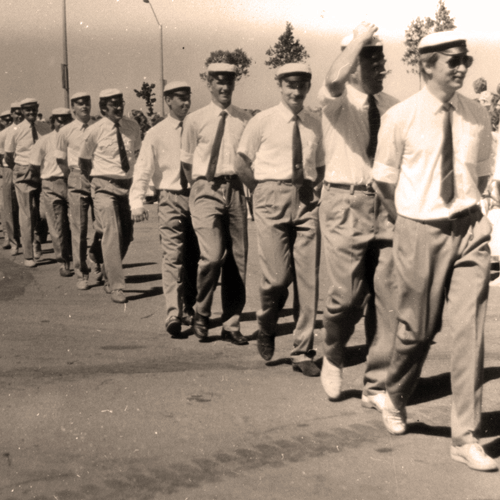 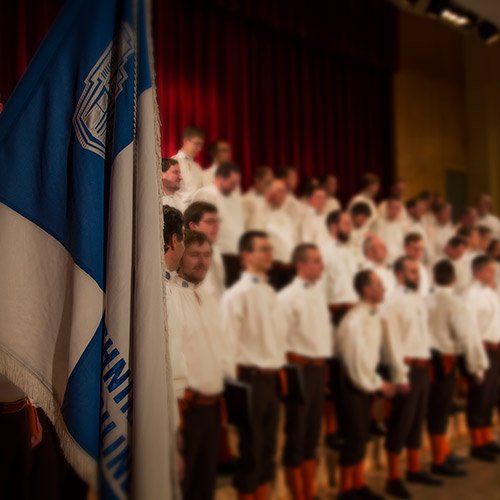